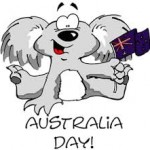 The real GM Now Loved made a surprise appearance at this weeks run. He explained that he had been down to Tasmania to catch VD! That is just sick.

We all circled up in the backyard of Old Farts home on the side of a mountain at Pacific Pines.

Our “as yet unnamed” Hasher Paul who for all intents and purposes will currently remain nameless was asked to comment on the run. In an effort to suck up he gave a grossly overrated score of 7.8 and said it was hilly and well marked. Old Fart remarked that locals don’t call them hills but cardios.

Sir Slab this week in the walkers group scored it 10 out of 20 which the GM quickly averaged s 7.85. Catching VD in Tasmania seems to have resulted in brain damage.

Swindler on the nosh ” very tasteful and could well be Old Farts signature dish”. In a mood of generosity he scored it 8.5 with Blackie suggesting “a deduction of 1.5 because there was no potatoes”.

Rug our resident food critic never backward in offering some feedback scored it an 8.25 “I particularly thought the virtual salad was a nice touch”.

Nasty our nosh host the previous week was called out again. He had presented the receipt to Hash Cash for a reimbursement. On close examination of the itemised receipt it turns out there were several cans of dog and cat food included?  Go figure. Any hashers been sitting in the middle of the street licking themselves and barking lately? Darwin Don 92 and just returned from Africa last week had mumbled “even a Zulu wouldn’t eat that”.

Crocodile was the acting RA in the continuing absence of Miscarriage now reportedly in the UK for the MIL’s funeral after having abandoned his 3 children in the snow in the US. He is unable to return to the US as he is wanted for “reckless abandonment of children”. After trying to claim on his travel insurance so his kids could be moved from a homeless shelter his claim was rejected because HE was not there with the kids. A debacle no less.

Flasher got a DD for eating his dinner with his right hand – he is considering converting and is adopting Arab culture. Somebody should tell him he is using the wrong hand. Ferret ever the sensitive new age guy was outed for declaring in the kitchen in front of Mrs Old Fart “Not as good as Flashers trifle”

KB reported his horse was still with foal and the MRI scan indicates a Shetland. Flasher is definitely in the frame.

The POW – Fanny Charmer after not too much beating around the bush bestowed the honour on Ferret for being responsible for the wrong address for the run going on the website. Ferret setting a bad precedent as a member of the highly revered Hierarchy accepted the honour even though the GM has decreed that no member of the Hierarchy can be given the POW.

Next weeks run – Mt Tamborine on Australia Day RSVP on the website. clicke here for details Apparently it is $5 for your wife but free if you bring somebody else’s wife. Several enterprising hashers much to the consternation of Hash Cash are going to do some wife swapping for the day.

JOKE OF THE WEEK FROM CAUSTIC

Two Aussies, Ferret & Kwakka, were adrift in a life boat. While rummaging through the boat’s provisions, Ferret stumbled across an old lamp.

Ferret rubbed it vigorously, sure enough out popped a genie .

This genie, however was a little different.
The Genie stated Ferret could only deliver one wish, not the standard three.

Without giving much thought Ferret blurted out,”Turn the entire ocean into beer. Make that Victoria Bitter!”

The genie clapped his hands with a deafening crash, and immediately the sea turned into that hard-earned thirst quencher.

The genie vanished. Only the gentle lapping of beer on the hull broke the stillness as the two men considered their circumstances.

Kwakka looked disgustedly at Ferret whose wish it was had been granted. After a long, tension-filled moment Kwakka said,

Now we’re going to have to piss in the boat.”