Sir Slab and the Cuban Crisis

You know the saying:
‘Cometh the hour…..Cometh the Man.’
Sure, it’s a cliche but never more apt than on this occasion. It was back in March 2013 and a bunch of tough, hardened hashers were doing the hard yards on the Tour of Cuba in preparation for the Giro d’Italia a few weeks later. Day 14 had been a gruelling mountain stage in the Sierra Maestra; 112 kms of pure ‘pedal’ hell. It was already dusk as the thirsty, buggered bunch rode in to the Las Tunas de Santiago on Cuba’s south coast. Las Tunas is a charming little fishing village stuck in the 17th century, and only one guest house; ‘Casa de Fidel’, named after the revolutionary freedom fighter and reputed to be Castro’s favourite getaway destination. The presidential suite still bears his name.

As they heaved their weary bodies off the saddle, Sir Slab took control: “I’ll get the beers fellas” but he would return empty handed. “You would not f#@king believe this, there’s no bloody beer” he told the startled bikers. “Apparently that arsehole Hugo Chavez has just fallen off the twig and Castro’s declared a national day of mourning; so NO FUCKING PISS.” He continued: “Power will be switched off at 7.30pm and there’s no hot water in the rooms.” He strode back inside to reception and he was back five minutes later bearing 5 Evian water bottle.

-“What the f#@k’s this Slab? said a shattered Shat. “I didn’t come half way round the f#@king world to drink Evian water Slab.”
-“It’s not water ole mate, it’s rum. Pure Cuban rum. Hooch. Moonshine. They make it at the back.”

With spirits instantly restored, Sir Slab continued: “Listen up fellas, these are the sleeping arrangements: Valiant, you’re in Room 1 with Now Loved. I’ve put the snorers together in Room 2, that is Shat, Kwakka and the Ferrett. Flasher, you can play with Testicles in Room 3.”

-“What about you Slab” asked Kwakka most concerned, “where are you bunking down?”
-“I’m in the Castro Suite” replied Sir Slab, “it’s the only one with a king size bed and my knee’s playing up a bit.” He went on: “As you can see, it’s a bloody f#@k-up this place, so I’ve organised ourselves to make life a little more bearable. Kwakka, you’re responsible for the candles and cigars, I reckon we’ll be needing them later tonight. Shat, you and Testicles organise the tucker. Ferrett, you’re the booze master and Flasher you’re the ice man. As for you two” looking at Prince Valiant and Now Loved, “you can sort out some sheilas for the night. They gotta be young, black with big tits, and make sure they can all smoke cigars.”

Prince Valiant looked bemused: “What about you mate, what are you gonna do?” Slab was taken aback: “Me…….I’ve just bloody done it. Talk about an ungrateful bunch of bastards.”

Let’s be clear: people generally underestimate the silky skills of delegation; that is, accepting the kudos for the efforts of others at the coal face. And in Sir Slab, the Gourmet Hash has someone who has made ‘delegating’ an art form. Take monday’s Run 1920, Sir Slab’s 70th Birthday Bash Brouhaha; he assembled an A-Team comprising 2 Dogs (Run), the entire Heirarchy (Nosh) and Moonbeams’ missus for sewing up 50 Hash garments with badges. His instructions to 2 Dogs were simple: “Don’t make it conventional Dogs, forget about ‘checks’, forget about bloody drinks stop and all that shit. I want them back in 40 mins max.” To be fair 2 Dogs did a serviceable job in releasing the pack at different time intervals all in an unsuccessful attempt to bring them all back together. The terrain was pleasant enough mixing bitumen and park footpaths and the markings were aplenty. Flasher ‘won’ the trial and was iced for his troubles. In critiquing the run, Missing Link argued that there were “too many checks” so he was immediately iced for sarcasm. BallPoint appreciated the fact that the run was unconventional but he confirmed that he preferred Hash runs to be conventional.

Sir Slab is often referred to as the Nelson Mandela of the GCH3. And, like the great man, he is a devotee of the African philosophy ‘Ubuntu’ i.e. quiet diplomacy. It’s not often talked about but when Slab first made a splash on the Hash scene in Brisbane he was known as ‘Saw Us’, a reference to the way he became involved in the Hash caper. “He Saw Us running around and drinking shit loads of piss and so he joined us” said a source close to the Brisbane Hash House. Unfortunately, the name did not sit well with him and Sir Slab attempted to have himself re-named. He told the then GM: “It sounds too much like Sore Arse, and while I have no issues with homos, I don’t want people to think that I’m a poofter.” Not being conversant with the ‘Ubuntu’ philosophy, the then GM told him to fuck off. And so he did. Quietly. Diplomatically. Saw Us gathered his meagre possessions and moved down the highway to the Gold Coast where he made his fortune and joined the Gourmet Hash feigning Hash virginity. Slab was born.

Sir Slab’s Nosh instructions to the Hierarchy were very simple: “I want it great, no balls-ups. Forget about the fucking trailer, I want it done in a proper kitchen. I want Prawn Cocktail with 1000 Islands seafood sauce for Entree, Beef Rib Roast with red wine jus for Mains and for Dessert, a moist Chocolate Cake with King Island cream and Tasmanian berries.
All things considered, Sir Slab deserves to be congratulated on a most magnificent menu. The Hierarchy too, deserves credit for carrying out Sir Slab’s culinary vision to an absolute T. Gourmet gear indeed.

A slightly ‘affected’ GM KItchen Bitch finally called ‘Circle’. He duly took the fabulously attired ‘Gourmets’ on a Slab infused ‘memory lane’ trip choc full of weird and wonderful tales both tall and true. It was belly laughs galore. And as is becoming customary with the GM, a quiz was produced before a stunned Sir Slab who, unable to delegate it, was found most wanting. The GM then requested that he do the honour of parking his arse on the ice for a while.

Flasher was called in to hand-over the Useless sweater and, still seething from having his arse on the ice for an hour the previous week, he handed the shirt to Cumsmoke for his tale about Little Inflatable Johnny.

Flasher was called in to hand-over the Prick-of-the-Week and, still seething from having his arse on the ice for an hour the previous week, he handed the PotW to Cumsmoke for his tale about Little Inflatable Johnny.

Before Moonbeams was asked to close the Circle, GM completed his tribute: “Sir Slab, you’ve been an ornament to this great Hash and I speak on behalf of every GCH3 hasher, both past and present, that, if not for that trailer, we would not have you with us.” He went on with twinkle in his eye: “Now, I know whatever happens on Hash trips stays on Hash trips but, between you and the group here, can you tell us a bit about that Cuban crisis trip?”

A startled and confused Sir Slab was momentarily lost for words:…………..

From the Grand Master

Many thanks to you Swollen Colon for providing the cloth for your magnificent formal coat with tails. Please fell free to add your personal touches to your new coat with tails, that your caring Hierarchy has provided at no cost. Spot Light have iron on letters etc . 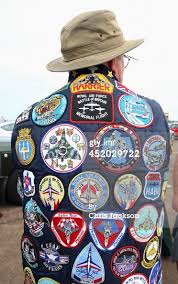