8 walkers and 18 runners hit the trail this week.In the absence of the GM the RA took on the self appointed joint role of GM/RA and called the circle in the Helensvale Tavern car park before dinner.

Flasher said it was a good run until he got lost. Iceman gave him instructions to follow him…. Big mistake. Botcho told a shaggy dog story about being chased by a dog while setting the run. There seemed to no real score but Ferret mumbled to the On Sec give him 4.77.

A DD to Josephine, Caustic and KB for email spam about a certain round ball match in Melbourne.

A minutes silence for Useless a past Hasher in the club who passed away recently. Ferret reported that Useless introduced him to Hash in Singapore where a week later Ferret met his future wife and Useless was best man at his wedding.

The athletes returning from a Peptide fuelled bike ride in the Phillipines were front and centre.

Ferret as the oldest took 1 for the team and got the DD.

Shat when asked to report on the trip said everybody behaved and they inspected a lot of Catholic Churches. Yeah right!

Ferret called out Flasher for being a media tart for having his photo on the cover of the Hash Magazine.

Everybody then adjourned to the Tavern, selected a special person for a 2 for 1 meal to the delight of Moonbeams but the despair of Hash Cash.

That’s it for this week see you all next week.

PS Keep the emails about “Hash Shit” or bear the consequences in the circle!! 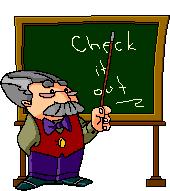 Blue Cards Lesson For The Week

Short Lesson On Towel Heads…
In these troubled times, it has become very difficult to distinguish the good towel-heads from the bad towel heads. Just where are the moderate Muslims, anyway? Do they actually exist?

The following is provided, to help you distinguish between a BAD “towel-head” and a GOOD “towel-head.” You must study the pictures carefully so that you will not confuse the two in a moment of indecision … It could save your life!
This is a bad towel head

and this is a