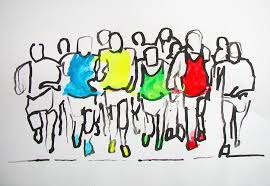 A high attendance of 38 GCHHH gathered at the Shearers Arms Tavern , Ormeau for a joint run with 20++ something desperate Hashers from the Brisbane Hash.

A great effort by Sir Slab and Anchovy who spent several hours setting a special trail and walk. At the pre-run briefing Sir Slab started to explain how the run and walk was planned!

These photos below show how Sir Slab’s initial composure quickly was reduced to a totally confused state of mind!!

“I forget what I actually did ???”… he was heard mumbling to himself. 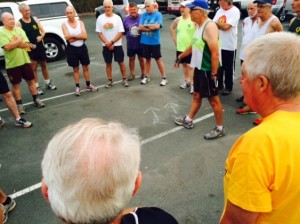 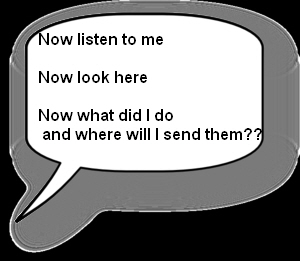 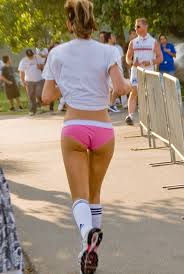 With the incentive to run as fast as possible a large group of walkers and runners set off on the well-marked trail.

The run crossed the roadway, up the hill, across the bush, around the park etc etc etc. All rather predictable for the location.

The first GCHH runners back and heavily sweating were 2 Dogs ,Circumference and Botcho.

Sweep Bent Banana noted that Brewtus ,Sir Black Stump and Ballpoint tried very stay in front of the Brisbane runners and were very lucky to be be able to find their way back to the pub so quickly.

“Trail was very well marked, lots of checks, on-backs, grassy hills and lots of bush to get around”

It was an excellent run as no runners complained about the distance of the run this week due to the Circle being cut very short. Overall a very well planned run by Sir Slab & Anchovy 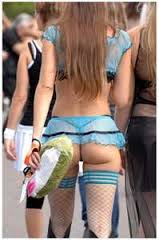 This evening the GM actually went on the walk. However this event was a very short lived walk as soon as they got to the top of the first small hill it was unaminously decided the GM , Kwakka and Swindler should return to the pub to make sure all was under control for the runners and walkers when they returned.

Good to Sir AH , Hard On , Shat ,Phantom, Weekly ,Wrongway & Jigsaw all enjoying the slow amble on the walk as they discussed world affairs.

A very well planned walk which all walkers completed for the first time. A well planned walk over the hill, around the park and up the roadway for a total time of 40 minutes over the 3km. Well done again to this group of finely tuned athletes. What can you say when its only $14 for meals,beer and gambling money !!

Cautic was the big winner of the night as with his $3 cash injection he hit the jackpot!..The jackpot money was immedaitly donated to Hash Consolidated Revenue by Caustic…thanks Caustic as this is very welcome funds to be added to the Hierachy Xmas Fund. 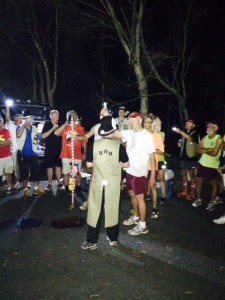 Sir Rabbit is obviously trying to de-clutter his house in his later years. He is well known for all the hash items he has accumulated over a lifetime. He recently found the Inaugural 1971 Brisbane Hash Cup hidden under his bed. We wonder what else is under there after 45 years.

With great pride in very formal ceremony and dressed in the appropriate Formal Hash attire Sir Rabbit returned it to the rightful owners of the Brisbane Hash. 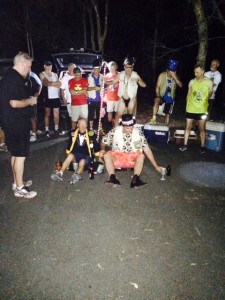 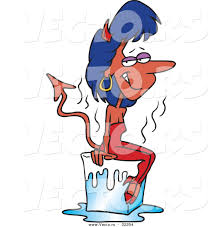 The RA as always is desperate to use his power and on the lookout for a new candidates. It appear that as Weekly was able to keep a low profile he extracted his vengeance on a repetitious basis on Flasher and Ballpoint.

Bent Banana and Weekly were very lucky to be able stay under the radar and were saved from another icing from the deranged vengeance of Caustic. 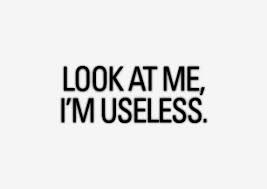 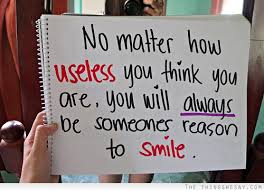 Veteran tried to give the Useless award to BlueCard. By unanimous resolution of the Hash circle it was decided that Veteran keep it for another week. 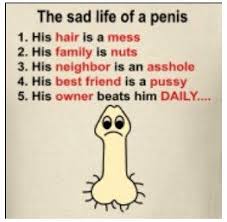 GM in full Hash Formal dress and his trademark Mankini called all to order and apologized for running late as his waxing appointment had taken longer than usual.

He advised that the only announcement due to meal the waiting in the pub was that the Hash Formal Cocktail party had now closed. Makes you wonder why he got so dressed up for such an announcement.