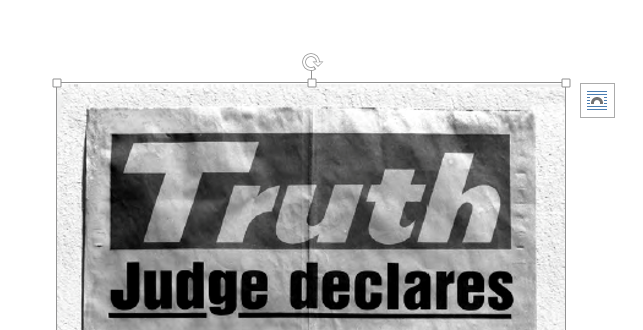 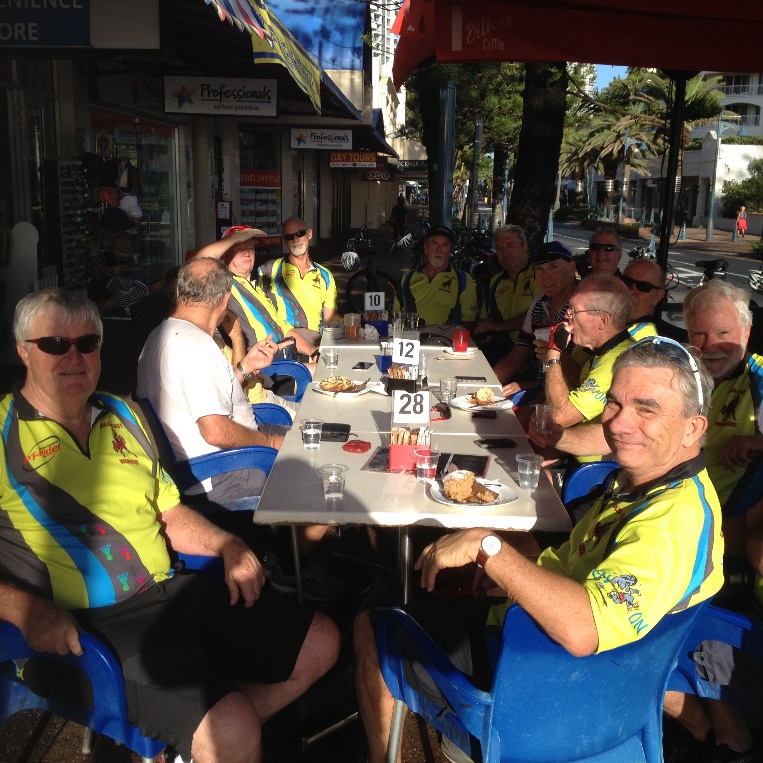 The Video of Run Instructions 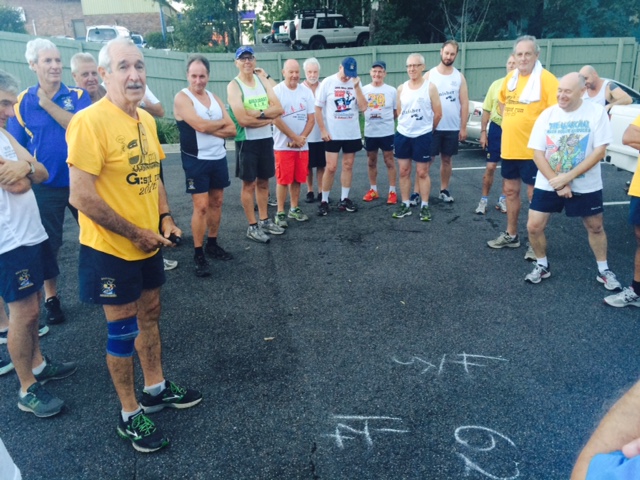 35 Hashers eagerly waited for the information from Bent Banana.

As you can see from the video the explanation is almost impossible to understand!! See if you can work this out!!.

Stunned silence as all tried to work out the answer to this complicated question .See answer at the end of the Truth.

Once again those excited and repetitive words of let’s go that way !!! several of the hashers took off in different directions…some never listen!!.

Fanny Charmer reported it was a great run with a total of 5.9Km. He missed the drink stop (mainly because BB decided not to put one in because of the possible rain).

2Dogs, as always providing highly accurate information advised that the run was not 5.9 Km but 6.5 Km so obviously he over-ran the checks or Fanny Charmer was a shot cutting [email protected]## as 2 Dogs insinuated!!

However for a change the detailed instructions and well-marked trail resulted in a total run success and not the usual Fu###@@ up.

Well done BB for excellent run in an area where many runs have occurred.

“I did the first run ever from here” reported Josephine and they have copied me ever since.

Very tight finish with Miscarriage, Ballpoint and Botcho in with the first runners. Due to the well-marked trail and good location no one was lost and within the hour all runners were back to the trailer and finishing off the free crownies.

Now Loved reported that it was an excellent walk and for the first time a walk had been actually well marked. Shat did the walk guided by Truck Tyres and they came in last…figure that out!! 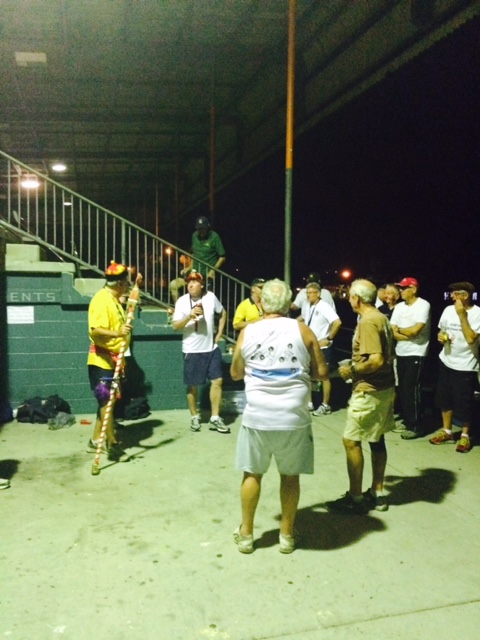 The RA quickly got the Nosh Chef Weekly and the hare Bent Banana into the circle for a detailed explanation of the run and nosh. 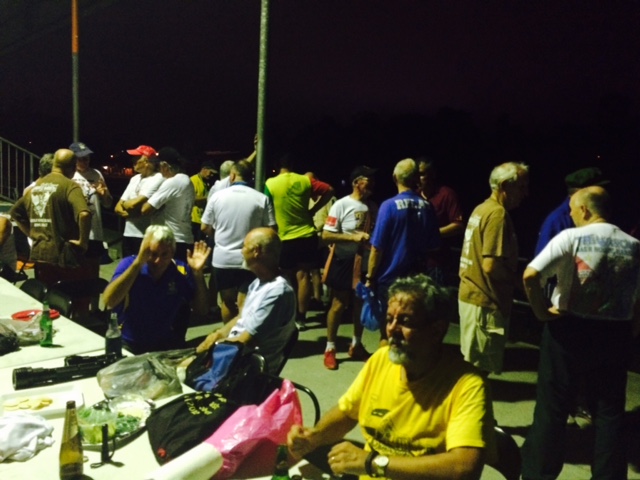 As expected this was to be at last a return to Gourmet Food as the GM took up pole position at the trailer.

Weekly advised that a large amount of pre Hash preparation was involved with top quality food quality, food quantity, presentation, time etc etc etc etc … Would this be the Nosh of the Year ???

Could we ever forget Hash Crap of last week with “Bring your own Tin of Food” which was rated the WORST Nosh of the year to date. Missing Link decided that best he go overseas for a month or so in the hope we would forget ..Oh Yeah!!!!

It was reported that Iceman was taken down by food poisoning after last week meal! Good to see he had now recovered although he did look still a little green behind the ears. As his joke was certainly not up to usual standard he is obviously still mentally affected by the sickness affliction. 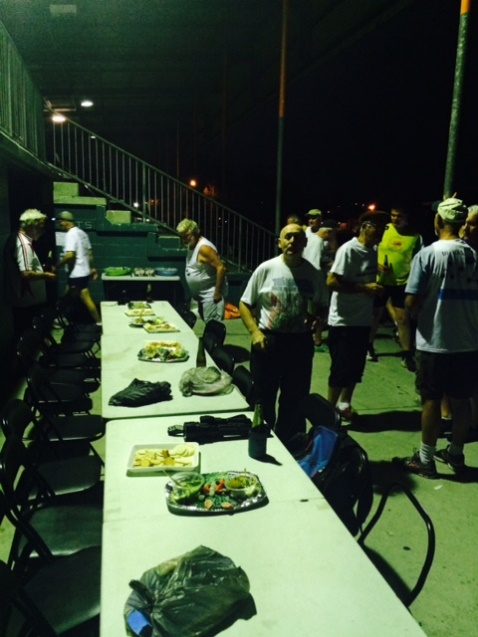 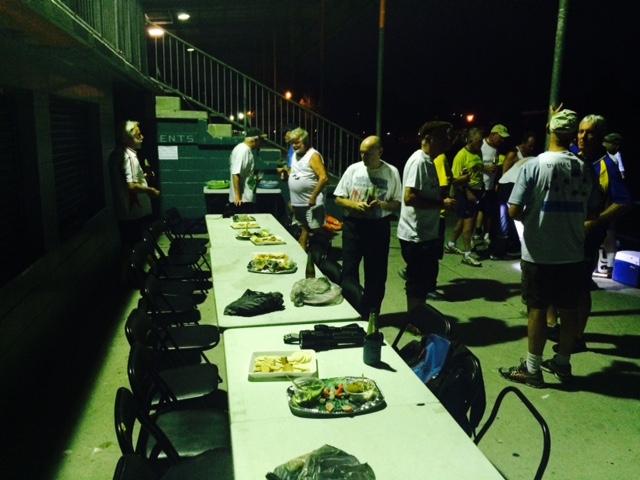 Resident Food critic Rug can be seen here inspecting the food and gives the THUMBS UP!!

Proudly Weekly stepped forward to accept the accolades for this fine Gourmet food. 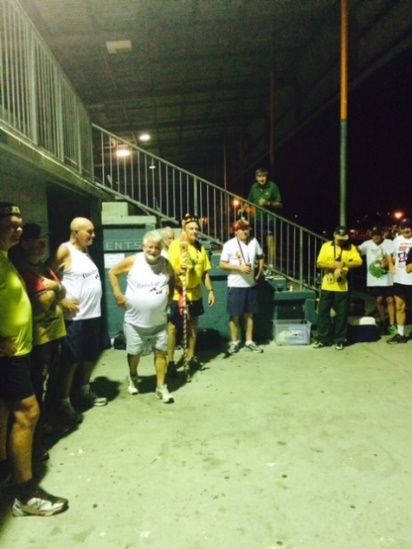 Under intense interrogation by the GM, Weekly advised:

The GM advised that Karma was truly satisfied as Weekly did his arse on the food costs by the time he paid all the respective parties.

Well organised Weekly as the food was excellent…maybe more outsourcing is the real answer to top quality Nosh.

Great to have the GM back to keep up the Nosh Gourmet Food Quality.

The group circled around the GM and Caustic in anticipation of a pending announcement.

No such luck for the Caustic immediately gave orders to the Booze Masters to prepare Ice for a major misdemeanour. 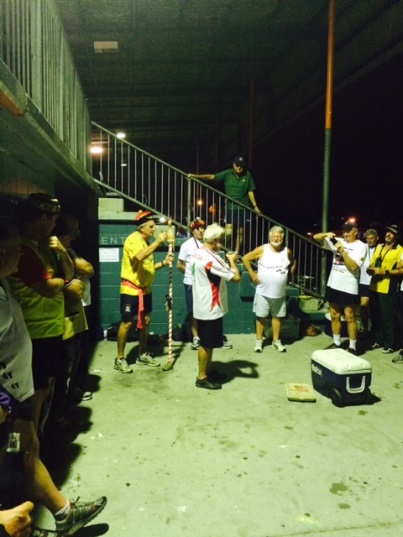 Sir Prince Valiant for breaking the Golden Rule of Hash by leaving behind his new shoe box last week as rubbish at the Hash venue. 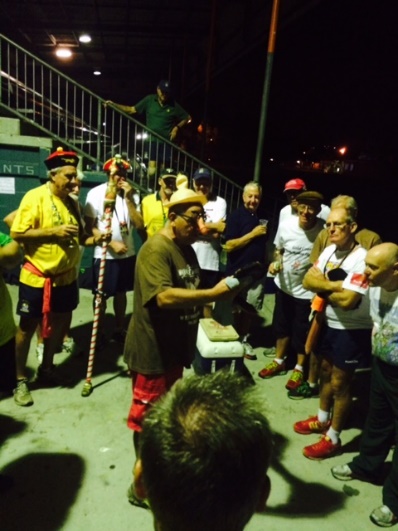 Awarded by Jigsaw to Josephine for being one the very early recipients of this treasured trophy.

At 9.15 after much laughter & frivolity it was the those familiar words of Moonbeams that’s echoed over the assembled mob from high in the grandstand gallery ………      End of CIRCLE