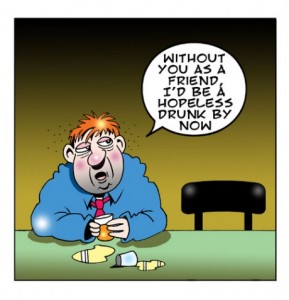 As with most of the Splinter lunches many attendees have very little recollection of the event much less the time frame. In an effort to put this particular Splinter lunch into some time perspective it will be recorded with time accuracy as events occurred Despite the early rumblings of Division in the House about the venue and choice of food it is fair to say Hard On has lived to survive another day.
11.55: Kwakka and Swindler arrive at the venue in anticipation of another quite relaxing afternoon.
12.01: Fucksoff and VIP Guest arrive
12.03: Rug arrives without his business partner Flasher who is overseas in Asia expanding their new drug sniffing business.
12.06: Nasty appears from nowhere dressed resplendently in black jacket emblazoned with the Gold Coast Hash logo. In fact he was totally overdressed for the occasion but we all guessed that he must have been planning to attend an Election Rally meeting later that day and needed some real Hash credibility.
12.18: VD places his bottle of plonk at the head of the table to reserve his position as leader of the pack.
12.28: Total number of attendees look very low. Fuckoff advises that we need a minimum of 15 to break even. He is advised of the Splinter Rules that in the event of any money shortfall it must be paid by the Host. At this stage Fuckoff forgets about his important VIP guest and is seen racing off to the loo for an underwear change.
12.45: The number of Hash members begin to increase with the Grand Master Now Loved arriving in grand style with the appropriate Splinter Hash attire… Cheers and beers all around!!!
12.48 Fuckoff breathes a sigh of relief as the numbers pass 15. What a happy group of ageing geriatrics!! One of the waitresses was overheard asking one of the revelers what time they would be returning to the Home. (Did she really think that this was a group let out for the afternoon from the Benowa Retirement Home?)

12.50 –1.30 The merriment continues but due to unintelligible garble no words of wisdom were able to be recorded.

1.31 Total silence as the food arrives and the starving pack begin to devour 500Gm of red meat, French fries and green stuff (One of the waitresses was overhead to say “how do they chew this meat at their age as they all look at bit gummy”) 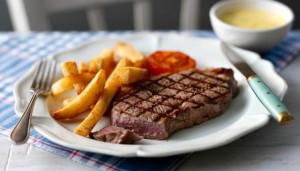 1.32- 1.42 No words of wisdom were said except for the sound of ripping those pieces of meat off the bone with lots of chewing the fat!! Botcho was overheard to say his piece of meat was huge. Not sure what he was actually referring to though??

1.55 Sir Rabbit takes the floor to introduce the Celebrity Guest who turns out to be “No Name “Geoff Lewis who was the foundation GM of our Hash. Geoff gave an interesting talk on the early days of the GCH. It was quite uninteresting to hear that in 30 odd years absolutely nothing has changed and Hash Members manners are still as bad as they were then!!! 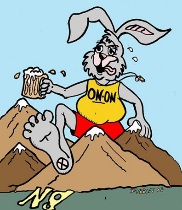 It seems that Rectum was rather shocked to hear these stories from ‘No Name Geoff” as he now realized that as one the youngest of this ageing pack he has nothing further to learn. 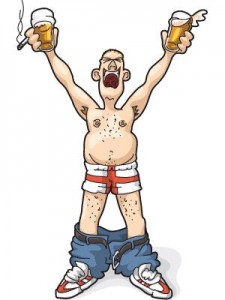 2.15 It was reported a secret petition was circulating requesting an overthrow of the Hierarchy for no reason (Could there be a mole in the group??). It appears that this rumor may have been true because Nasty was able to provide photographic evidence of this important document that will no doubt find its way into Hash History Archives. On face value it looks like Heirachy positions are safe as no names could be decifered on the historic document and it is certainly doubtful if anyone would want a job anyway. 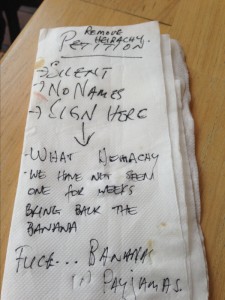 2.45 Show Pony requested that all the now meatless bones be placed into his red plastic bags as he was going to use then for crab bait due to lack of fresh bodies in the water at Hope Harbor at these days.
3.00-3.30 After this stage it was impossible to report any news as words were too slurred and totally unintelligible.
3.30 EX GM Bent Banana requested permission from the GM Now Loved to leave early as he did not want a repetition of the last Splinter lunch after events. Veteran decided that this was also good move to leave while the going was good as he mentioned he was going on a 10km run before dinner.
3.35 Nasty ordered another bottle of red wine from the bar as he was still very thirsty from all his talking and was obviously forget that he had another important meeting to attend to get Votes for The Party. 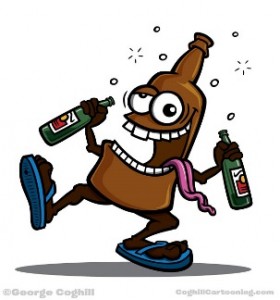 3.36 – 5.30 Absolutely no idea what happened during this period due the drowning noise from a mass of staggering bodies still consuming copious amounts of red wine. At some stage number slowly reduced and it was reported that many staggered toward the nearby bus stop to take full advantage of their Seniors Card.

Post Splinter Lunch Reports
Editor’s Note: The writer was only in attendance for some of the post splinter events and of these the recollection is very, very hazy. The other events have been reported in confidential anonymous correspondence and may or may not be accurate.
Kwakka, Phantom, his friend Harry and Swindler were seen getting into a taxi driven (no!!.. not by an Indian ) but by an Australian Aboriginal with issues about his heritage. They were dropped off (or should say thrown out) at Darcy Arms where they were greeted by Caustic who was waiting for the arrival these Wednesday Warriors in the forlorn hope he could maybe recruit one of them for his new Real Deal Racing Team. At this stage the Real Deal Racing Team has only 1 member (…himself)!! It was later reported this group of Warriors were later seems walking fearlessly toward the Lansdowne Pub on their way back home to Chevron Island.
As usual Sir Slab consumed sufficient antioxidants in his red wine to ensure he was able to make an early
start to take on the Wednesday Warrior Speed Team at Nerang Velodrome on Saturday morning.

Missing Link went home, collected his bride and took her to an expensive dinner and drinks at the Bowls Club accompanied by Aussie and his bride. Nasty crashed this high level event (maybe that is why he wore his expensive jacket??) and asked to be taken to Chevron Island. Not sure what he knows but maybe the word has leaked that Mrs Kwakka of Chevron Island cooks great pasta after Splinter Lunches!!
Bent Banana arrived home at a respectable hour and received partial absolution for last week’s disastrous episode and his pathetic performance in bringing members of GCH into disrepute.