Weeks to AGPU: 8
PLEASE NOTE NOMINATIONS ARE NOW OPEN FOR FORTHCOMING HIERARCHY POSITIONS
Firstly before bagging the crap out of the run I must give a big thanks to the “Chipmunks”, as Caustic endearingly calls our Hares, for stepping up to the plate at short notice and putting on a good run and feed. That’s what Hashing is all about, well done Chipmunks.

Now where was I? The run Hare, Flasher, called the circle to order with map in hand and two drawings of international markings that apparently would be the hall mark of tonight’s run. Unlike those that Missing Link and Nasty had used in previous weeks, so the Hare continued. Also, being at Pacific Pines, it would be a flat run, and then the pigs took off for another lap of the surrounds.
Would it be the State Forrest or the hills to the north, we thought, as we ventured forth into the darkness and looming storm. Through the park, first check, on back (international one that is) and on right along the pathway. Up the incline, another check (possibly international style) and on left. After here it gets confusing as we soon headed off trail and into the seemingly endless hills and slopes of this well-known area, normally the domain of the missing Old Fart.

The Hares must have spent a fortune to get all the fields and bush slashed in time for our arrival as we continued our way along the bush and fence lines, upsetting the locals and their vicious and now upset mutts.

The rumbling in the ranks intensified as we continued upwards with calls of “ice the bastards” reverbing through the night. Up down and all around we continued as many of the pack started to slip and slide in the now damp and hilly conditions with Blacky, Miscarriage, Bent Banana and Miscarriage all involved in minor falls.

Bent Banana tripped and lost his glasses creating a minor delay as the pack stopped and searched the undergrowth for the missing lenses, soon found by Veteran. Miscarriage, back from his intensive campaign trail and study tour, pulled off an amazing recovery as he tried running down a grassy slippery slope only to nearly come undone. Stay tuned for his upcoming election speech in the local rag.

All was going to plan except, as we approached the hour mark, we lost the trail somewhere in the bush and strangely atop a hill, apparently someone had built a fence in the past two hours blocking the path. Secondly the rain commenced just as the hour ticked over, when we should have all been home high and dry.

Calls of the international rule of “every minute over the hour was a minute on the ice” echoed across the hills. We somehow came across the home trail and found the walkers but somehow again managed to climb the hills to the top of “where ever” before again losing the trail and sprinting home, the fastest way possible, in the now pouring conditions.

Back at home the rain intensified as the prawn crackers and almond starters were served, followed by the Singapore Noodles (and extra chillies), and finished with ice cream and fruit salad. Apparently poor old Rug had to do all the preparations by himself with Mrs Rug being hard at work in Brisbane.

Bent Banana commenced his run report with “what did we do to upset Flasher” and ended up giving him a 7.5/10 including his bonus point for volunteering to do the run at short notice.

Rug was given an 8/10 for his nosh by the GM himself. Meanwhile, Hash Cash, Blackstump was seen rounding up all available funds to help with the Hash making a tilt at the upcoming sale of his Ponderosa Ranch, at a bargain price no doubt.

Show Pony: To help heal his suffering due to ongoing gout condition

Miscarriage & Arseup: Drinking from wrong hand and missing such respectively

Flasher: Iced for 13 minutes, time over on run and for word abuse, altering RA’s words twoweeks ago.

On On from “The Desk” 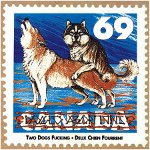