A very good roll up at the run site but in very cool and windy conditions. After several of the overseas returners received warm greetings from those less fortunate, and provided their brief comments on the trip highlights, the hounds were off at 6:15.

The Run: Following some usual road work with several checks, it was eventually into the bush around Reedy Creek; the creek not the suburb! The run became much more interesting with the usual Miscarriage and Two Dogs working the pack fairly hard. There were lots more checks, or I should say On Backs in our hares’ parlance.

This scribe hit the front on several occasions, only to be relegated to the back after constantly being caught in the wrong place.  Good work hares! However we were treated with obvious contempt in many places with gigantic arrows and On Back signs designed for someone with Mr. Magoo’s eyesight problem.

The highlight of the run was a pipe crossing where, if anyone was to fall in he would receive a proper drenching.  There was also a Sir Slab imposter LURCHING in the background, on a bicycle, barely visible in the darkness, to ensure everybody got back safe.  All over in 50 mins, which could have been 49.9 mins if Rectum and Shetland had not taken sickies.

Following the Run a Melbourne Cup sweep was organised by Dogs and Sir Blackie.  Fortunately I scored the winner Miss Demi and will see Blackie first thing next Monday.

The Nosh:  There was much effort in the food preparation. It was so good it had to be outsourced, but hey who cares, as long as there is plenty and it tastes good. There were two curries,  exotic rice, various fruit and chutney condiments and served with Turkish bread. This was followed by large servings of pavlova and lemon meringue pie.  At the risk of swelling Caustic’s inflated ego, I must say it was all very yummy.

The Circle:      Miscarriage was straight into it as usual , with DDs:

Two Dogs, missing in action when called to comment on the food.

Caustic and Lurch, the hares, for an excellent run & walk and excellent food. Scored 8 and 8.75 respectively.

Lurch, riding around on a penny-farthing bike.

Ferret, prime suspect for passing off a 10 Thai Baht coin in the beer bucket; strongly denied, but looked guilty

Swindler, on behalf of all the Junket returners. He commented on the dangers of being an ex GM with Shat and Now Loved mentioned in despatches as among the more seriously wounded.

Carefree, setting a new record for a Leaver. Left last week, returned this week. There was an unconfirmed rumour that he returned to collect his share in the secret lotto winnings from last Splinter lunch.

Acting GM Miscarriage, for falsely charging someone over a HASH Hot Line stuff up.

Caustic Crusader, for apparently falling off his own dreaded pipe crossing during the run rece.

POW: After dismissing Ferret for passing wind in the company of other hashers, Rug awarded the prick to Cumsmoke for getting married yet again. It turned out that this was a vicious rumour started by Caustic, to whom the prick was passed.

News: Swindler kindly volunteered to be stand in as booze master next week, to give Pony a bit of R&R on the water.

The Christmas cocktail party with wives & lovers will be on 7 December at the Brickworks. Same restaurant as last year. Confirmation or deposit sought next week 11/11/13.

Sir Prince presented the full story about Shat’s damaged finger, which I will condense to: he got severely pissed, he fell over, he shattered his little finger, he felt no pain, he got even more pissed, he continued out of control and unmanageable for the remains of the evening. Truck Tyre and Kwakka reportedly not in much better condition.

Next weeks run will be from Remembrance Monument about 200 mtrs north of Sundale bridge, Southport.

Josephine closed circle at 8:30 pm. Thanks a lot Caustic and Lurch. 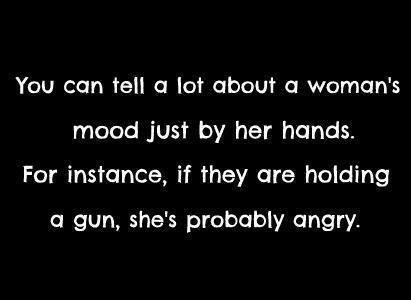 On On Bent Banana