Shat called all the runners together to give the usual briefing which turned out to be anything but usual. He said he wanted to make the run into a total debacle like most of the other runs and he hoped he would succeed. He announced there were no markings of any kind only a series of numbered colour photographs which he handed out which the runners had to identify and move from one location to another. This all sounded fine and exciting in the last glow of the afternoon sun at 6.15 but that warm glow soon faded later when you needed a pair of reading glasses and a torch to read the photographs, both of which were missing for most people.

The GM called Circle Up and opened the circle with the announcement of a new award – The Useless Long Sleeved Sweatshirt Award which he proudly displayed. The name Useless one of our departed members emblazoned on the garment. He said the first ‘rabbless’ person in the circle would be given the inaugural award.

Sir Prince and Josephine thought in theory the run would a good idea but next time Shat should supply reading spectacles and make sure everybody had a torch. Josephine reckoned that some of the pictures included in the montage were non-existent around Surfers Paradise and scanned from some unknown website just to create havoc. With much thought he gave it a 7.2.

Botcho thought the best thing about the run was the drinks stop in the rotunda at the Marriot where there were ice cold vodka screwdrivers served. Our resident food critic Rug is currently in the Philippines doing who knows what. The Long Lost Pizza was called on to comment on the Nosh and said he thought it looked pretty good but he didn’t eat any as he never eats any of the Nosh. Seems that it takes up good red wine space.

Hard On said his contribution to the Nosh was that he bought some wine over to give inspiration to the chefs but he and Shat ended up drinking that while the female chefs stayed sober. Circumference reckoned the Nosh had everything, vodka, casseroled sausages and green peas and the right mark was 8.5. Caustic when asked to explain why he was a walker said he had gout but he was drinking red wine as a cure.

Pizza was the unanimous choice for the inaugural Useless award as he was intent on dominating the circle and speaking Swahili.  Special award tonight Sir Prince was called out for chalking up 1501 runs Sir Prince has been running for 36 years and man is he tired.

We had a Hash visitor from Launceston Ball Point who started his Hash running in Brunei, lived in Toulouse France for a while and has now seen the light and moved to the Gold Coast. Sir Black Stump stood in as the RA as the real RA left early with no apologies or requests for leave of absence. Swindler received a drink for being the last to pay as he had no money but in the end it was shaken out of him.

KB reported that he had fed the chooks leftover chilli con carne from Sir Rabbits effort last week and it resulted in the death of one of his best egg layers. He is taking legal advice from his regular solicitors Leech and Leech.

And the winner of the POW for the night went to Hard On as he had been totally under the influence of the demon drink and would probably not remember receiving it on the night and would wake up in bed with a surprise appendage.

Some good news from Botcho who advised that Show Pony was out of hospital and had gone home today. Iceman had been around to visit him and said that Show Pony was a bit shaky and it would be a while before he ran a marathon again but still made a good coffee.

Next week’s run will be set by Caustic in Bonogin Valley as a special thank you to KB who lives deep in the mountains down that way somewhere. 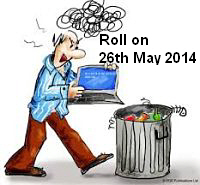