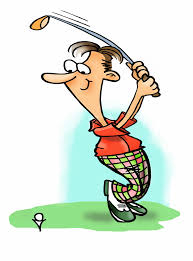 Sir Prince reported that Show Pony was recovering from his operation in 644B at Allamander. The best news was that he just had taken his first crap in 4 days ( the doctor very happy as this means he did not leave any swabs inside)  and then Show Pony advised Sir Prince that he was ready for some real action ( meaning Bom Bom!! )

Moonbeams is also recovering well from surgery and Croc advised that on his recent visit Moonbeams was having races around the hospital ward with his walker with one of the other patients.( obviously coming good as well)

Monday afternoon 5pm and sheer panic prevailed at the Rug household as Mr & Mrs Rug had spent all day to prepare top quality chicken shish kabobs. Mrs Rug asked Mr Rug to look out the window and he looked through the thick green, misty clouds swirling outside his window with the huge impending hail storm about to hit Hansford Road ,Coombabah.

Rug could immediately see a major problem developing for him ….another total hash f….k up with him facing the certainty of being castigated by the GM in front of his fellow hashers and made to undergo the customary punishment of a Down Down created by Truck Tyres….(even TT is not sure of the recipe he uses and everyone agrees they can’t get any worse)

Luck was on the Rugged Hare side as the brave and hardy group of Hash Men assembled beside the smoking brazier filled with charcoal (was this to keep us warm from the rain and hail or was it for the entrée prawns on the Barbie?)…. the hail luckily passed by to close to Rectum home high in the hills of Tambourine Mountain.

The Rugged Hare advised the group of a mid-way drink stop (nice touch) and then advised that in spite of the wind and hail the trail would be easy to find as he had packed rocks on the paper that by now would have certainly been washed away …”so just looks for the rocks”.

As the Runners and Walkers set off in the direction of “that way” it was quickly noticed that the group of walkers had dramatically expanded from the usual team of Croaky Crocodile, Bad Legs Kwakka and Sore Knees Swindler.

The following listed aliments gives some indication of the strength of the hash members.

2 Dogs scored the run 7.5 despite lack of a visible trails.

As Rug slaved over his relocated Brazier attempting to cook the chicken shish kabobs he soon realized he was not quite following the Masterchef’s instructions. Mrs Rug gave him some more advice and suggested in future he should listen to her more often (Why do woman know so much!!).

At this stage Rectum and his TV food watching advisor experts took over, lit the gas barbie, ripped apart every one of those shish kabobs that Mr & Mrs Rug had spent all day preparing and proceed to stew these fresh delicious finely cut portions on the hotplate…Can you image how distraught this made Mr & Mrs Rug. Despite this setback Rug still struggled to cook at least 1 chicken shish kabobs on the charcoal fire as he had seen done on TV to prove he could be just like Jamie Oliver.

At this stage the GM (obviously a lot wiser than it may appear at times) decided to call the Circle while we waited for the Nosh.

Rug.,.called away from cooking duties and felt a little let down when his best mate Manuel from Spain refused to acknowledge this friendship.( looks like Manny is a true future hash man).

Botcho.. Drinking in excess at drink stop & offering a fresh apple to Sir Black Stump as peace offering ( suspect poisoned  as left behind by Blackie)

Rectum ..for his attempt to overcook Rugs meal to avoid the Bali food poisoning problem

Flasher produced a letter from QANTAS CEO Alan Joyce. Flasher sure moves in very high circles…he presented this letter  to Swindler as repayment for getting POW last week in an attempt to insure that Swindler will have to travel down the back of the plane from now on. He then proceeded to hand POW  on to Caustic. Suspect that he was part of the group at HO last week with Nasty when the comment was made on several occasions of “NICE RACK!!!” I hear that the next Splinter lunch may be at the old Evergreen Nursery.

The Nosh finally arrived and what a spread!!!!.

Voted as the best salad of the year accompanied by copious quantities of chicken shish kabobs pieces. Almost everyone went back for seconds and some thirds!! Rectum plate was so full it was overflowing as he said with his mouth full of food….“ why don’t others produce food like this “??.

Everyone agreed it was well worth the wait and comments were heard that KB may be about to lose his crown!!……Voted 9.65

The distant sound of Moonbeams calling “End of Circle” was heard around 9.20pm..a very late night for most but a great night and great Nosh.