Our GM was MIA reportedly in the Gulf of Thailand on his surf board looking for a lost aeroplane. This was triggered by a report that Flasher may have been on board and given his recent tirades against half the population of the world and his religious beliefs he may well have been targeted.

The acting GM Sir Black Stump had been keeping one eye on proceedings stood into the breach and called up the Circle.  Swollen Colon was asked to comment on the run and said he was at the back of the field until everybody went in all different directions and he went from zero to hero and was leading the pack. Botcho contributed that he thought the arrows were one kilometre apart and at one stage runners had to cross 4 lanes of traffic at Harbour Town at it is lucky all returned alive. He gave the run a generous score of 5 out of 10.

The Croc representing the walkers said there were a few arrows in the beginning but as usual the walkers had to make their own trail. Two Dogs was selected to comment on the Nosh as he was usually the first to eat and had the longest time to think about the quality of the meal. In a good attempt at the Brevity of the Night Award, he said “yeah adequate”. Shat always very philosophical  said Aldi pies are better and theirs are awful. But a voice from the crowd really said it all and offered a positive note, the pies were better than Nasty’s pies.

Visitors included two boat people Fanny Charmer and Latrine and were heard speaking in a foreign tongue like boat people.

Sir Prince reported on the Brunswick Heads weekend organised by Nasty who was a no show. Sir Prince summed up the weekend as an alcoholics weekend for 8.

Full of Shit announced he had a bike for sale and then somebody said how come he is selling it. He volunteered that he sells them as a business. Poor old Show Pony goes into hospital and somebody is trying to grab his business.

The RA kicked off by calling out Full of Shit for turning up to the run on a Segway and was asked “is this the step when you are runner, then a walker and then can’t walk anymore?” It seems Full of Shit had left a fine quality collapsible chair last week and this was positioned on the Segway to create a new form of transport.

POW was awarded by Hard On and after a few worthy candidates, was given to the stand out performer Madame Latrine who went around the table after lunch on Friday picking up all the leftover plates and then proceeded to eat some of the leftovers.  Circumference wanting the last word called out Sir Rabbit as there was apparently a new bounty for naming anybody keeping a rabbit. To be fair, the hare Veteran was also called out.

End of Circle called by Josephine, as a Show Pony lookalike.

A man was dining in a fancy restaurant and there was a gorgeous redhead sitting at the next table..  He had been checking
her out since he sat down, but lacked the nerve to talk with her.

Suddenly she sneezed, and her glass eye came flying out of its socket towards the man. He reflexively reached out, grabbed it out of the air, and handed it back.

‘Oh my, I am so sorry,’ the woman said, as she popped her eye back in place. ‘Let me buy your dinner to make it up to you.’

They enjoyed a wonderful dinner together, and afterwards they went to the theatre followed by drinks… They talked, they laughed, she shared her deepest dreams and he shared his. She listened to him with interest.

After paying for everything, she asked him if he would like to come to her place for a nightcap and stay for breakfast. They had a wonderful, wonderful time.

The next morning, she cooked a gourmet meal with all the trimmings. The guy was amazed. Everything had been so incredible!

‘You know,’ he said, ‘you are the perfect woman… Are you this nice to every guy you meet?’

The suspense is killing you, isn’t it?

‘You just happened to catch my eye.’ 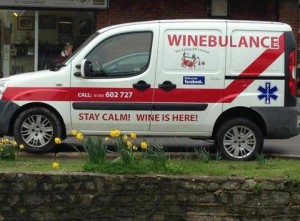 Hasher applies for a passport…..