With many runners absent, a rather good sized group of 23 members gathered around at 18:15 anxiously waiting news from Pile Driver about his first Run.  He indicated as he did not wish to upset anybody he kept it short, with only a couple checks.

There was confusion at the beginning as there was an arrow or 2 washed away from in front of a nearby Car yard and Bent Banana decided to take the runners through the yard, rather than around. Trouble. The yard was completely fenced off. However the situation was quickly rectified and the trail led down towards the railway line.  A couple checks later and the group looked suspiciously at a fenced property development where the arrows pointed. Alas, Miscarriage the Project Manager who was not present to give or refuse permission,  the hounds entered the development block.

After some checking in the middle of the block the trail led down to the water, and through another recently opened fence. Thanks for that Miscarriage, but you will need to use water trucks to keep the dust down and also leave the gates open before we decide to come back.

Several smart checks and false trails followed and these worked effectively as most of the runners at this point were back together. It was a beautiful run and walk along the waters edge over areas where the hash had never ran before.

After about half hour the checks stopped and the run home was mostly-off road and very well marked. It was purposely rather long (8.8 Klms), as with the GC Marathon on the horizon, the hares thought the lads needed a good workout.

Rectum was back after 55mims, followed by Flasher and then Ice Man and Rug around 1 hr 15 mins. Unfortunately there was some shortcutting and the usual sledging among the runners about who did and did not complete the whole trail, with some added disquiet about use of proper markings.

The Circle started off with Show Pony who took a down down for his trouble, somebody asked him if he was on day leave.. Show Pony remarked “not sure if I am on day leave or out for an extended period”.

The joint Hares were Pile Driver and Bent Banana with Pile Driver being primarily responsible for the nosh and assisted with the run by Bent Banana. Rectum’s comment on the run was that he arrived 10 minutes late and when he started the run they had only progressed 100m so apparently there was a total debacle before the athletes had got out of the blocks. In a further demonstration of no holds barred feedback,

Rectum said there were ridiculous checks at the beginning and there should be no excuses that it was Pile Driver’s first run. Rectum scored the run a 3.25 but Ice Man in a more generous spirit towards a first run Hash Man gave it a 7.93.

Rug our resident food critic said the nosh reminded him of his old boarding school days and the special meals of mince and cabbage he used to enjoy. He said the highlight was the chocolate éclairs for desert but unfortunately the one he ate, had soap in the chocolate but in spite of that he gave the Nosh a 6.5.

Returning runners were Slug, The Big O, Fanny Charmer and Rob the brother of Full of Shit. Rob scored the run a 10 either indicating he was attempting a huge suck up or at the Hash club in the Philippines they just have no idea, whatever.

Fanny Charmer took a hit for giving IT advice on his phone during the run.

Aussie was singled out as he no longer owned a bank but apparently was networking with all banks. Not sure if he has gone into the bank robbing business or the finance consulting business.

The guest RA was Rug.

Bent Banana was called out for his poor trail marking skills which had resulted in the pack running around in circles at the beginning of the run.

Apparently this very area was the location where Circumference had taken a fall on a previous Hash run and had sued the Gold Coast Council for millions but had settled for a pittance on the steps of the court. He was once again observed for trying to generate some extra income for the Hash by suddenly stopping to tie his shoes on the run and Botcho absolutely rear ended him and cried out “we can settle in court”.

Rectum took a drink as a serial whinger for complaining that the marks set by Bent Banana were “doing his head in”. Flasher took a drink for actually doing the whole run for a change.

Rectum was due to award to POW to a worthy recipient but said he had come straight from work and did not bring it. I could see no reason why he could not have worn it all day instead of a nail bag at work. 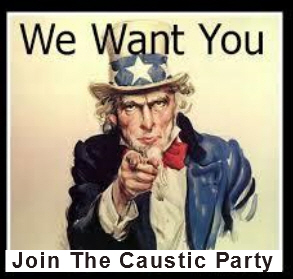 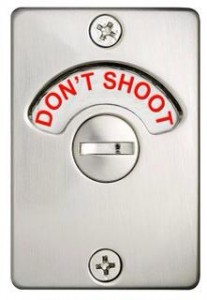 This one deserves an Oscar!!