What a great turn up at the Rabbit Warren. 38 who obviously were expecting something special as it was promoted as the GC HHH 2014 SIRS RUN.

For a rather well known running location, with opportunities for all to short cut, the volunteer Hare Sir Slab came up with a simple yet novel idea of a handicap challenge; one of 4.5 klms for the walkers and 6.6 klms for the runners.

There were to be no checks and the markings were the normal arrows; some white, some red.  Instructions: head south and take the first street right.

The hounds gradually set off  in groups and wormed there way through various streets and off road areas, until many joined up at the far end of Musgrave Park.  It was some wasted time here picking up the trail on the park boundary but it led across the road and into Keith Hunt athletic park.

At this point Veteran and Bent Banana were the FRBs who were shortly joined by Lottery Director Botcho.  It was then through some more off-street areas heading north until  we came out near Point Two’s old joint, then turned east. At this juncture it was Botcho, Vereran and BB, joined by Missing Link. All with their minds focused on the winner’s prize.

After another klm there was another point of confusion at a road crossing when the FRBs missed the start of the red arrows (hard to see in the dark) and lost good ground here; maybe 2 minutes. Several minutes later Sir Slab turned up with news that the front group were at least half klm in front of the pack and making good time. Closer to home it was Botcho and Veteran with BB and Missing Link falling back slightly.

Shortly Rectum appeared from nowhere (now I am not saying he shortcutted, but he certainly covered that missing half klm extremely fast), then it was across Musgrave Road and into the home turn for a very quick finish.

Winner was declared Botcho, although this scribe thought there would be an appeal lodged by Rectum, who was placed second, followed by Veteran, who competed in a GC Triathlon on the day before. Well done lads!

Flasher, an expected finalist, was held up by an old root he met along the way and Miscarriage was missing in action.

So Two Dogs now has his handicaps set for the next Indy Run. But don’t forget Dogs to add a few minutes to the last group off, the highest handicapped, as they apparently missed the first turn right at the beginning.

A very good run considering the prospects of rain and location.

The GM called up the Circle and was standing particularly straight and erect with his full POW regalia on. A special night tonight, with the combined efforts of 5 Hash Sirs, Sir Black Stump, Sir Prince, Sir Slab, Sir Rabbit and Sir Asshole.

What immediately struck me was that many of the above are retired and obviously used to living on a tight budget and managed to bring in the Nosh on time and under budget. As the scribe I will say no more. Rug was stuck for words and said the Nosh was basic and good.  Rectum was invited to comment on the Nosh as a connoisseur of fine food and a particularly selective gentleman when it comes to finer foods. He simply declined to comment.

However, it seems a number of Hashers too well mannered or cowardly, were afraid to offer an opinion on the Nosh in the Circle but spewed forth unbridled venom in subsequent emails and here is but a small snippet from a few…………………………….

There is but only one reason why I joined this Gold Coast Hash: GOURMET. It is a fact that the word resonates deeply within me, due to my virile French roots. Gourmet is synonymous with all this is refined, top shelf, highest quality etc.

Last Monday night, it was the Sirs turn at hosting the Hash. Five blokes with a combined run tally of more than a million. Five big boofheads with so much experience they are treated like royalty. I was busy in Mongolia but I made every human effort possible to be back for the ‘Sirs’ bash. Apart from everything else, food in Ulaabaatar has left an indelible blank on my mind so I rushed back to sup on ‘gourmet’ food……………BALLPOINT

NO WONDER HE DESERVED PRICK OF THE WEEK ! ! HE APPARENTLY IS UNAWARE OF THE $3.00 PER HEAD  BUDGET ALLOWANCE  ( WHICH SIR RABBIT WAS ABLE TO WORK WITHIN ).

LETS HOPE HE DOES NOT GET THE BLUE EYED SHEEP  IN MONGOLIA AND SOME GENGHIS KHAN LOOK ALIKE HAS HIS WAY WITH HIM ! !…………SIR PRINCE VALIANT

With Respect to the Sir’s and all other Contibuter’s  to the MY HASH KITCHEN RULE’S , I Must say we probably had a typical Aussie Meal ,  typical of pre Mediteranian  Migration  , I assume the Sir’s attempted to re-create that ,with the Banger’s & Mash , I Unequivically lay the Blame FAIR & SQUARE  in the lap of KITCHEN BITCH !!!   NO BITCH and just see what Happen’s ?  The Capital “G’ certainly was absent in the Gourmet on Monday Night , ( APPARENTLY ) ,  Respectfully to our Most Esteemed SHAT !  I MYSELF DO NOT UNDERSTAND WHY THE SIR’S , would interefere with my Coveted Award , I dont ask for MUCH ,   How  Far do I need  travel to out-do the Sir’s …………….PIZZA

Flasher reportedly disappeared during the run but explained that he had given his torch to Ballpoint so that Ballpoint could do the run. Fanny Charmer said it was a good run because he didn’t get lost. Now to our handicapper of the night, Two Dogs who accompanied by Drum Roll said the 3rd place getter was Veteran in 34 mins, 2nd place getter was Rectum and the 1st place Hasher for the run after due deliberation and complex calculations was Botcho in 33 minutes.

Ballpoint regaled us with his recent visit to Mongolia where apparently he has been caught up in the inexplicable intricacies of the Mongolian court system and after his best efforts in a Mongolian court lost his case. What comes to mind is how could an otherwise clever Aussie think he was ever going to win in a Mongolian kangaroo court. Still licking his wounds and not listening to reason, he said he was going back to appeal.  We may soon be visiting BP in the Mongolian Hilton for contempt of court and judge abuse.

The RA started his session by announcing he had been jinxed by one of the members who said he was amazed how the RA could always enter the circle and off the cuff have plenty to say. This statement  apparently had caused a mental black hole seizure in the RA’s expansive and limitless creative universe of a mind. Kwakka was the culprit and after taking a drink this seemed to bring the RA back to his normal self and he fired on with all guns blazing.

The RA had noticed that Brian Harradine the one time senator from Tasmania who had the casting vote to sell off Telstra had passed away that day.  As a result of the Telstra sell off. Poor Sir Rabbit was out of a job , not that he ever really worked that hard for Telstra. As Brian Harradine could no longer be with us VD was selected as a Tasmanian representative.

No doubt they are distant cousins in Tasmania. Veteran was called out for having the weakest excuse for not attending the Anzac Day Hash Bike Ride with his family as he said he was the President of the local RSL and he would have to go the Anzac Day Memorial Service instead, some excuse.

The GM was called out to award the coveted POW award of the week and after going through some strange test of several members reading memorable lines from movies which clearly had some relevance to the GM, he finally dismissed all those participants and awarded the POW to Ballpoint for a number of reasons, not the least of which he had come back from Mongolia without a gift for the GM.

Next weeks run will be from Jabiru Island at Coombabah Creek. 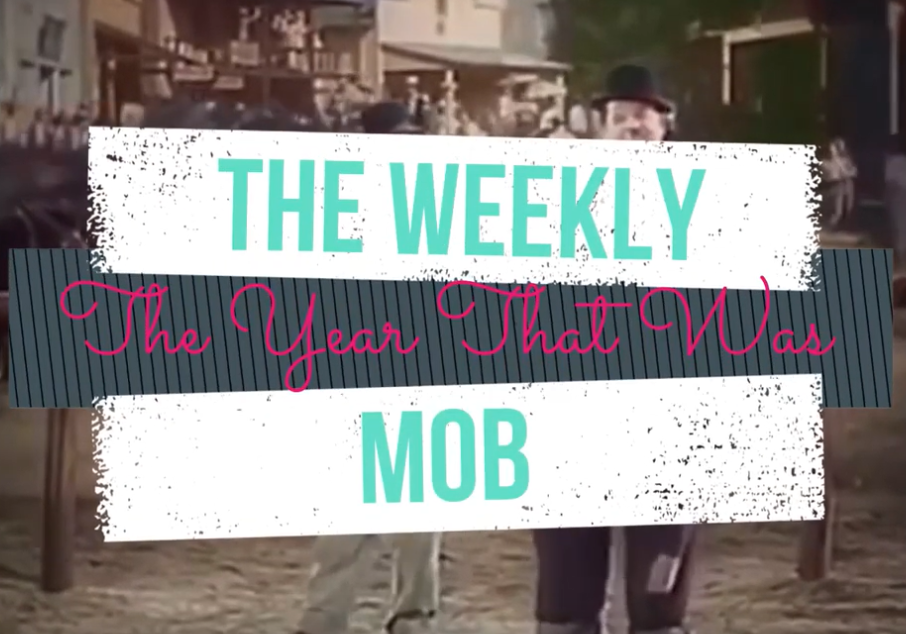