Moonbeams explained to the large group at the bottom of Lake St., Varsity Lakes, that he and Kwakka had set a great run and that it would be the last he would be setting for the GC Gourmet hash. That’s the first time I have heard that from a current member… is he going somewhere? Anyway he had put his crutches and Kwakka’s bicycle to effective use as it turned out to be just that – a great run.

It was runners and walkers off towards the Bond Uni and after two checks there it was out across the road and into some light scrub, where Flasher got lost again searching for another “root”, and then back into suburbia.

Ferret was sighted running around with chalk and whatever he did worked, as all the FRBs were caught on several false trails/checks which kept all together.

After 15 mins the pack opened up as it headed north west led by Circumference. Nothing eventual occurred, as the trail was well marked and it proved a good workout, with Truckie up there leading between several good checks.

After 30 mins the others eventually caught Jigsaw who was challenging another serial pest Rainbow (another Launceston Hash reject to join Ball Point), who were obviously attempting a gigantic short cut.

Eventually the trail led to Lake Orr , where it was marked: Home 2 Km., with four kisses.   The pace quickened until it met the bridge, where a Rectum “Lookalike” was crossing towards Christine Ave followed by our beloved RA Miscarriage. Bent Banana saw an opportunity and put on a burst knowing that the pair were off in the wrong direction. Alas Botcho and Dogs wore him down and although Miscarrriage was never sighted again, Rectum, the real Rectum, was already back and rested. A very fast 45 mins and one run to remember.

The joys of a pub run. A great variety of food and nobody gets to insult the chef!

A good crowd and perhaps nothing to do with the fact that the AGPU is on next week.

A runner called Rainbow a totally new face for the On Sec turned up no doubt not wanting to be accused of only attending one run a year – the AGPU. When asked to rate the run he scored it a 9 commenting it was the best run he had done this year with somebody else piping up and the worst.

Speaking of rare faces Ferrett the Trial Master not only turned up but acted as sweep. KB and Hard On took a drink for wearing brown leather boots instead of joggers on the run. KB explained how he carefully put his joggers out at the front door so there was no chance he could forget them when he left the house . Guess what they were still there on Monday night. KB was particularly resplendent in his John Howard Green tracksuit.

Rug our resident spy is off for a few weeks on a secret mission for MI6 so keep your eyes out for an inconspicuous face looking like Rugs brother in mufti at the back of a Muslim riot anywhere in the world. Stay tuned for breaking news on flight MH 370.

Flasher clearly wanting to invoke the divine retribution of the RA referred to the RA as the Acting RA. He wasn’t disappointed.

The RA was awarded an expensive Hash jacket designed and crafted in China, to commemorate 450 runs. Well done RA and we look forward to the next 450 . As you are unable to attend the AGPU due to pressing commitments overseas I’m sure we all wish you the best as a back bench Hasher next year.

Returners this week Phantom and Rainbow.

There is a short list of nominations for the positions on the hierarchy for next year and while not closed off the following names have been mentioned:

Booze Master – Caustic subject to modifying or exchanging his vehicle

RA: Weekly subject to him attending more than four weeks in 10 years

On Sec – Ballpoint subject to staying out of a Mongolian prison

Nothing is certain and nominations are still open for all those gagging for a position so don’t be backward.

The POW was awarded by our Myanmar visitor Lion who after casting his mind back to the bike ride in Myanmar last year awarded the POW to Missing Link full living up to his name and going missing from the MV Seagull a fine ship plying the Irrawaddy River.

Next week’s run will be the AGPU and a 5 PM start from the cricket nets on Ashmore Road behind the BP service station on the corner of Showcase Drive and Ashmore Road.

The price will be a very reasonable $25 highly subsidised by the hierarchy to the value of some hundred dollars per person. To silence the critics while not everybody will get a T-shirt there will be a lucky draw for a T-shirt from the 2005 AGPU.

This is surely a collector’s item and will hold more gravitas than each person getting yet another T-shirt. Dinner will be at Signor Rossi’s in Showcase Drive opposite the Benowa Tavern. Dress has been designated as formal by the GM and this apparently means jeans and whatever else takes your fancy. The best dressed will receive a fine bottle of Gossips.

A Rethink on the Retirement Age 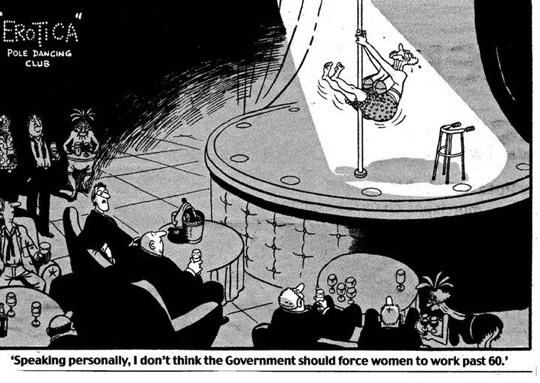