“Your Mission………should you wish to accept it……..is to find its exact location, record it, and report back to the Hierarchy with your finding.” The Grand Master waxed on: “You should understand that this is the Holy Grails of Secrets, the key to a life in peace because with it, half the world’s population will experience Nirvana and the other half will have more time to play golf and go fishing”.

Final instructions duly spelt out, the pack of eager beaver hashers – looking more like a swarm of wasps in their bright yellow and black attire – set off at great pace in search of the mysterious G-Spot. Notwithstanding the fact that a recent global survey had found that 97.8% of the men polled preferred looking for a golf ball than the elusive G-Spot, the feverish enthusiasm of the swarm was something to behold. Flasher and Sir Black Stump led the charge up Pandanus Avenue and onto the Boulevard with a rampaging Sir Rabbit and Ferret close behind. First ‘check’ was found beside a modest structure with a bloody big G on it. A puffing Piledriver was overheard huffing: “I reckon we could be onto something here fellas” as the rest of the beavers got checking. Josephine, Blue Card and Two Dogs decided that fiddling with the station machines was a better option but pushing flashing buttons, slotting moneys and tapping ‘Go’ cards provided no further clues.

As time passed and the enthusiasm started to wane, there suddenly appeared – out of nowhere – an elongated yellow and black conveyance, like some motorized millipede, winding its way towards the station platform. As it stopped  Missing Link got really excited: “It’s the G-Link, it’s the G-Link” he roared, “this will get us there I’m fucking sure of it” and he jumped on with a call of “On, On.” With renewed interest, the swarm followed him and once on board the sniffing resumed apace. Truck Tyres made straight for a Scandanavian looking lass (big round eyes and long blond hair) and parked himself beside her; with his best Norwegian accent TT went straight for the jugular: “You couldn’t tell me where the G-Spot is could you?” Surprised but not embarrassed the young woman replied in the broadest Nerang bogan slang: “Piss off you dirty fuckin’ perv'” and then proceeded to whack him with her tightly rolled New Idea.

The G-Link finally arrived at Broadbeach South, it’s end destination and the next ‘check’ point. It was decided to split the swarm into the ‘flyers’, who would scatter far and wide, and ‘saunterers’ who would keep to the more direct routes. Mackay visitor Wee Wee had nature call upon him and as he ducked around some bushes for relief, the rest of the swarm dispersed and left him to fend for himself. Later, in the Circle, he would cry foul of the Gourmet Hash for lack of hospitality but his were drowned out by a chorus of ‘F&#k off you c#@t f#$k off’.

The hash wasps arrived at the next ‘check’ namely Hooters on the Highway, in dribs and drabs. Suddenly Lurch had a new spring in his step: “It’s gotta be in here” he said as he entered to the screeching sound of “Welcome to Hooooooooters”. The swarm made an instant impression and soon the Hooter girls were busy serving beers in stubbies (for the kegs had not yet been delivered) and handing back pocketful of change in 20 and 50 cent pieces for the lack of bank notes in the tills. But despite the flashy hoopla hoops and the big hooters, the experience left a lot to be desired. And not a G-Spot to be found. Lurch and Cumsmoke looked particularly distraught.

As we were headed back ‘home’, Caustic threw caution to the wind and suggested an additional ‘check’ at his local, The Darcy Arms.  The place certainly had a more convivial atmosphere and the beer there flowed out of taps but by this time the mood had turned profoundly dim. Slug captured the spirit best when he said: “fuck the G-Link, fuck the G-Spot, it’s all f#@king bullshit in Australia. That’s why I prefer looking for it in Cambodia or in Thailand. And it’s a shit load cheaper too let me tell you…..”

On, On was called back onto the G-Link for the final leg home. Fanny Charmer, seething with rage, suddenly stood up, removed his freebie t-shirt, and flung it across the carriage onto some bewildered passenger. He would pay dearly for his insolence later that night. The rest of us looked most dejected, disappointed and thoroughly despondent; the failure to even get close to the G-Spot hurt the beavers real bad. Circumference bemoaned: “At least when I lose a golf ball in the rough, I know that If I look hard enough I will always bloody find it”.

The Hare for the night, Aussie, is not known for his culinary prowess. Nor for that matter, is he known for his new-age, PC sensitivity. But he must have sensed from the outset that this Mission would be beyond us and prepared accordingly. The nosh consisted of a delightful array of Coon cheese cubes and savoury Jatz biscuits for entree, followed by (very) rare BBQed marinated Lamb with Cauliflower cheese, and an assortment of boiled peas, carrots and spuds. Apple pie with cream and cinnamon spice completed a fine effort. When requested to crit’ the tucker, Crocodile called it the best Hash nosh he’d had in 6 weeks although he did hasten to add that he hadn’t been to Hash for about 6 weeks. Woodsy went one better when he called it the best Hash nosh EVER, although his brown nose occasionally gives him away. Slug also praised the nosh calling it “fuckin’ fantastic” although he also revealed that he hadn’t eaten any of it due to the fact that it didn’t fit in with his current diet of mung beans, kelp and sesame seeds. Having lost 15 kilos in the past 7 weeks, it is very unlikely that there will be any of Slug left by Xmas.

The Gourmets’ Grand Fromage, Kitchen Bitch, called the Circle and invited guest Wee Wee to a welcoming down (see above for details). Returnees were also welcomed back. BallPoint was particularly chuffed at the rousing reception from all his friends. He explained that he’d returned to Tasmania for a much needed cultural top-up, and that the week spent in Burnie getting to know Senator elect Jacky Lambie had been “absolutely inspiring”.

The Grand Master then inquired about the success of tonight’s ‘Mission’. Rectum drew the short straw and was asked for a brief report to which he replied: “I don’t give a flying fook about no fookin’ G-Spot Grand Master. Why the fook do you reckon I’m fookin’ single?” For his impertinence and general lack of respect he was deservedly awarded the fookin’ ‘Useless’ sweater.

Thereafter the GM headed left field as he selected five candidates to answer a quiz…………..on the subject of trains of all things. And having proven to be abysmally inept in the G-Spot Mission fiasco, the Hash morale was then totally destroyed when not one of the 5 quiz questions was answered correctly. Show Pony called it an “absolute debacle” and no one disagreed with him.

RA Caustic was handed the baton and he proceeded to ice Fanny Charmer for his total lack of respect towards Hash haberdashery. An excellent call and he would also collect the Prick of the Week for his indiscretion. Piledriver was also called in for impersonating a wallflower although it was generally felt that that was being unfair to wallflowers. Next on the ice was Bent Banana, who had earlier remarked that the RA often threatened ‘an icing’ but that he never carry though with his threat. BB was left there to ponder his remark for some time and when he finally was allowed to raise his frozen arse from the ice he left behind a mixture of mustard looking faeces, blood samples and other bits and pieces too shocking to mention.

On that unsavory note, Circle was immediately called to an end, by Miss Palmer 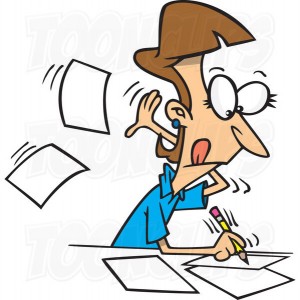 Stand in On Sec. Ball Point