Before the commencement of the run, S- Bends announces a new price of a beer and runners now also have a better choice, and bigger wine glasses to drink from.

The presence of Guinness beer was received with great appreciation. These entire alcohol beverages will only be costing $3.

This is real good value compared to restaurant prices. For a good warm up for the run a shot of sherry was welcome as well as a shot before the commencement of dinner. It kept the runners warm and in good spirit for the evening.

The run it self was well marked. The route journeyed past playing fields of young people playing their respective sports in the chill of the night.

Everyone was pleased to see Rock Hard at the run venue again. He is progressing well from his illness.  Maybe his hash name means some thing more? He is rock hard after all. He has survived by eating more organic fare. Take it easy so we can see you many more times.

The park shelter was well lit and with plenty of table space and seating on this night. Truckie looked a bit bored, as he did not have to install the LED lighting. Well he is normally fast and makes light work of installing the LED lamp in that sweet spot for all of us.

Circle was called at 8.15pm

It was noticed by some runners that Ball Point always seems to find a crown beer where others fail. How come?

The GM appeared in reincarnation of Winston Churchill. Rugged out in his black jacket and with a walking stick.  He was not munching on his cigar, as he properly could not resist smoking it during the week.

The returning runs were called.  There were heaps of them. One was Kwakka, Nasty Excelpet and Fanny Charmer. A note was given with a down down to these runners.

Run report.  It was well marked out according to Excelpet.

Well done to the hares.

Fuller further agreed it was well marked and that all made it back to base.

Nosh report. Presented by S- Bends. Cheekily he says if it was left to the master chef, he would have been fired and kicked off.  But jokes aside the nosh was tasty and hot.

Even on this cool night runners were missing their desert. This dish was not going to appear for some reason.

The two hares were Josephine and Sir Rabbit.

For setting and marking the run, they enjoyed the down -down given to them.

The chosen park area is a favorite for the runners as it has been used in the past a few times.

Miscarriage, the cowboy, was called into the circle to further explain how he was cow-kicked by his favorite cow when he lifted her skirt.

He said he stood on a box then into another box to gain entry into the holding pen.

He was eyed off by a few cows and was caught in the rush by them. The animals did not enjoy his presence and they kicked the shit out of him.

Because the cow made such a good impression on his CALF muscle he ended up in Beaudesert Hospital. He also got kicked out of there. We are pleased about this.

After a weeks rest, he has progressed well, and he is now on his udder feet from hoofing around with cows.!! A good down down made him feel a little better.

There was a chorus sung from the circle, singing bestiality is great.

Aussie brings a bag of goodies into the circle. Swindler and Rock Hard were called up. A jacket was found in the goody bag. It was considered an honor and a status symbol to own this valued jacket.  It was found to be Hard On’s.

A down down, for having his mind on other things when it was time to leave with all his gear last week.

To our surprise Sir Rabbit came out from the dark and served our long awaited desserts. He was carrying a tray around his neck, like the one’s used in the cinemas of the past.  Fun-fair music was played to complete the scene.

The prick of the week was in the circle wearing the nipple cap trophy on his head. Some said it was a No No to do this, as no hat is to be worn in the circle. This was debated and was later considered to be the normal attire of a hash man.

Truckie questions the GM Weekly about the trail master. He has not been seen for a while. All was assured that the events were spread out on the Trail Master dining room table. The GM was convinced that it would be all in good hands.

Truckie now is sticking his neck out further and further, asking too many questions about all number of items. He is called into the circle to be subdued with Magician and a down down was instructed.

Cowboy Miscarriage also calls Swindler into the circle. Questioned where Swindler went overseas and how 2 Dogs looked after his farm and cows. Unfortunately on the farm there was an extremely aggressive rooster called Dave. This rooster attacked 2Dogs and he come off second best in spite of many years of his Martial Arts training.

Swindler further advised that after the rooster Dave’s bad behavior toward 2Dogs, the rooster had to be roasted. The rooster is cock sure no more. 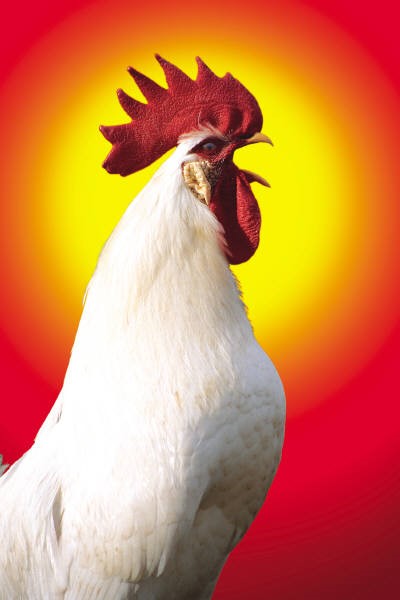 Brewtus was called in to the circle.  On commencing his run with Josephine both made sure there was toilet paper made available for him. He stomach was playing up and the runners did not want to be behind him.  For obvious reason he shed his own smelly trail. He did not need any chalk to mark his trail. Only chalk he needed was in his gut.!

His shoes were also noticed and questioned where he had been running, as he had to make a pit stop in the dark along the route. A down down washed him down.

Miscarriage and two other runners may have sold their properties and they look to become the next millionaires of Gold Coast Hash. Hey. How about a soft loan?????

Prick of the week.   It was felt that the award trophy be given to Sir Botcho. He forcibly encouraged past week recipient, to receive the trophy. A down down was in order after the presentation.

The GM asked Ball Point about next week’s run. It was advised it would be South of the Gold Coast.  A visiting USA hash runner from Washington will be in attendance, and is looking forward to meeting the Gold Coast hash runners.

Iceman was recognized as an excellent RA and for his service given last year.

A well deserved down down was in order for this great hash member.

Nasty was called into the circle and the surrounding runners were asked what did they think of this man. Some people said he is OK, and some people spoke the truth.

The Courier Mail however, writes he is irresponsible and uncaring person. This was from a newspaper article written on 25th May 2018 is evidence of view. (Refer to photograph.)

But he is still our favorite hasher.

The GM’s quote for the week.

Fear is a reaction. Courage is a decision.

Script is written with out prejudice.