The Don McSween Park is right on the beach. After the run and devouring Water Biscuits and cheese dips  with carrot sticks as the evening snack. We observed the rising  and dripping from the ocean waters,  a full moon from the horizon of the ocean.  With a cool sea breeze blowing, the full red moon rising, children on skate boards, people  waking dogs, it was a truly magic evening.

This tranquilly was short lived as Cracker Man surprised all of us with bangs of fire crackers. Enter the Dragon.!

Nosh was a leg of ham, salads, pine apple rings and some chicken pieces. The desert for this warm evening was welcomed cold ice cream with peaches and custard. Second serving was available to any takers.

Visitors and returning runners.    Misscarriage, KB, Wrongway, Swollen Colon ( Cracker Man), Glider  ( Harvey Bay) and Tangles. There was mention that may be cracker Man was in Paris arranging the street riots.  A Down Down to this rebel lot.

A very likely story was told by Woodsie about his travel into Cuba and his travel insurance after his vehicle had an accident. He suffered a few injuries such as cracked ribs and a broken nose. He looks petty good now.!

But he did not loose his kind heart as he presented the GM with a real Winstone Churchill cigar.

S- Bends believes that the accident was caused by a large and full wallet that throw the vehicle on to a collision course.

Birthday Boyz. There is no slowing down for these  active runners but rather a Dow Down and a well sung Birthday song by running mates.( All censored by ON On Sec). Happy Birthday Hal Al, Shat and Sweat Hog.

POW.  This was also the hare, Ferret. He thanked his cook assistants for their support with tonights nosh. KB  did an excellent job. A well deserved Down Down followed.

Run report.    Brutus mentioned that the run was  a scenic run down the fore shore of the ocean. A worth while run this night.

Walk report.    Sweat Hog said that it was terrific run as he can remember. (The fresh sea air  brings on memory loss.!)

Charge from the floor.  Shat had a show and tell from his I Pad to illustrated an article from a Glossy Magazine of KB in his glory.  A Down Down followed.

Woodsie told a emailed joke on why most runners enjoyed sex. This brought laughter from the runners.

Then it was Sweat Hog’s turn to tell his joke about his flying days. Sounds like he had a great job.!

Miscarriage told a a story of his recent trip and adventure in Cambodia. Sir Prince was  some what also involved in the adventure, and for this a Down Down followed.

Future event.  S- Bends reminds runners of a cocktail evening with the Galapagos Band at the Southport Speak Easy function room on Saturday 30th March 2019. If you would like to attend this jazz evening, just book and pay up.

Next weeks run.  Please take note that this run starts at 5pm.

Down Down for the VIP Hasher 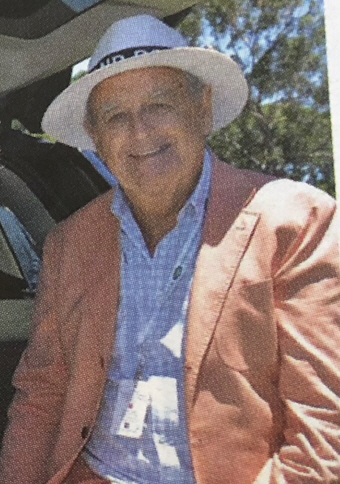