Quote from Sir Black Stump after finishing World Age GroupTriathlon. “I would have had better results if the Gold Coast Hash had provided more cash.”

His fellow Hashers at the Gold Coast Hash should be proud of this over achiever. He finished 12th in the Aquathon and 13th out of 40 in the Triathlon.

The English climate didn’t help, wet and cold, temperature was 12 degress and the water temp 16 degress.  Certainly not Queensland temperatures, where Sir Blackie as he is known does all his training.

He also stated that

“I’ll be training in Tibet next year so I’ll apply for the Hash Cash Job again next year.” 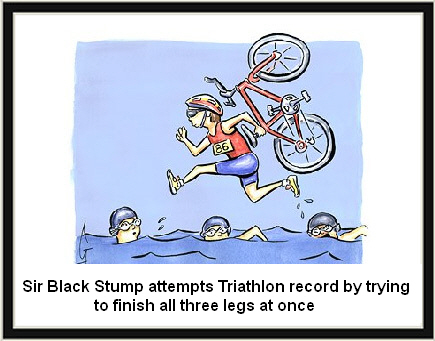