Hareline extraordinaire VD deserves much credit for having the game plan, the nouse, the big idea of making CareFree the ‘Hare’ for the ‘Anzac Centenary’ Hash run. What foresight, what creative genius! True, many on the Gourmet Hash had questioned the decision but it became crystal clear that this was VD wisdom par excellence. The “absolute bloody debacle” (thanks very much SPV) of WW1 beautifully re-enacted by a man who lived through its most torrid and terrifying moments….and survived, battered and bruised, to live and tell the tale.

It is no secret that CareFree has long held the desire to one day ‘pass on the experience’ of his time on the Front line fighting the enemy, fighting for freedom, fighting…. for Australia.

It’s fair to say that the Gods smiled on him that day as the heavens opened up and cat and dogs pissed down on the pack as it assembled, much like the allied forces at Gallipoli, on Main Beach.

-“This is what it was like when we hit the Anzac Cove shore fellas” explained an emotional, choked up CareFree. “It was dark and it was wet and we were bloody cold. The storm made it impossible to see ahead of us so we stumbled forward aimlessly until we got to the cliff face.” He continued: “For tonight’s run; head down the beach for about a ‘k’ then head inland towards the bridge and then try to find your way home.”

But this would prove too big an ask for even the most hardened hashers; Swollen Colon was first to hoist the white flag and retreat back along the beach.

-“Fuck that” he said, “I lost me way a bit up the beach and came across this sign ‘BEWARE THE BIG BOA’. That was it for me.”

Not Tonight (Josephine) and Circumference followed, wet and muddy and holding up a buggered Rabbit.

-“Rabbit’s fucked” said a circumspect Circumference, “he can’t go on. We’re takin’ him back to camp for a beer and a good lie down.”

The rest was a procession in ramble retreat. No one found the washed-out trail and only a few found the bridge. Fanny Charmer found nothing, wondering aimlessly in the dark but smiling nonetheless. Eventually, in dribs and drabs, they made their way back… hopelessly lost, miserable, knackered… but happy to be alive.

Asked to comment on the campaign, Two Dogs struggled for words:

-“Difficult……………to know what to say really. Me mum taught me to say nothing if it wasn’t something nice so perhaps ‘a fucking fiasco’ is the best I can think of. I mean, it was a mess: blokes running around like chooks with no heads. A bloody disaster, we got smashed.”

-“When Admiral Commander Churchill ordered us to prepare for the assault I could see it was a fucked idea so I told him to go jump in the lake. There was no fucking way I was scrambling up that ridge with the fucking Turks taking pot shots at me. Winnie got plenty mad, imploring us to do it “for the Queen” but I never budged. I told him to go fuck himself, and his Queen while he was at it.”

BlueCard was asked to comment on the tucker and he too was found wanting:

-“Interesting…………” he said pensively “grizzle and gravy…… CareFree deserves much credit for cooking an authentic war dish but for me there was a distinct lack of protein and nutrients. Even on the Front, you could rely on the odd rat and a few mice to throw in the pot. That would have helped I think.”

GM KB ordered the troops into Circle formation and promptly requested Sir Arsehole to account for his lengthy ‘leave of absence’.

-“Convalescing Grand Master” said SAH. “My war injuries are coming back to haunt me. Incidently, I was on that same ship when CareFree give Church that gob full. I remember thinking then that if I happened to survive this war then I’d go live in Australia, a place which questions authority and values freedom of speech. I owe a great debt to CareFree and his ilk.”

RA Caustic was passed the baton and immediately called Swollen Colon in on the heinous charge of ‘deserting his Aussie mates’. His excuse that “I’m shit scared of snakes” was howled down and he was given a ‘down’. Fanny Charmer was charged for having the audacity to ‘question’ the generosity of the Hierarchy. Having ‘won’ a bottle of the best Stellenbosch Shiraz for his impersonation of a Chinese sportsman the previous week, Fanny decided to impress his better half with a fabulous French feed. But upon charging their glasses in celebration, a dismayed FC found that it contained water instead.

His indiscretion was further rewarded with the Prick-of-the-Week.

A thoughtful but very sad Truck Tyres (veteran of both the Korean and Vietnam Wars) was invited to pass on the USELESS garb.

-“Nothing disappoints me more than blokes deserting their mates. It is the lowest of the lows, totally bloody un-Australian. Swollen Colon deserted his mates and for that he stands condemned….. And he’s useless to boot!

And on that sober note, Moonbeams ended proceedings. 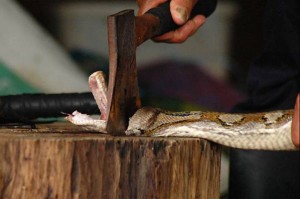 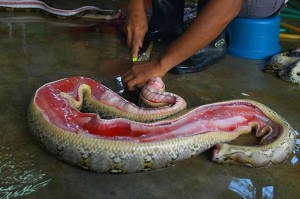